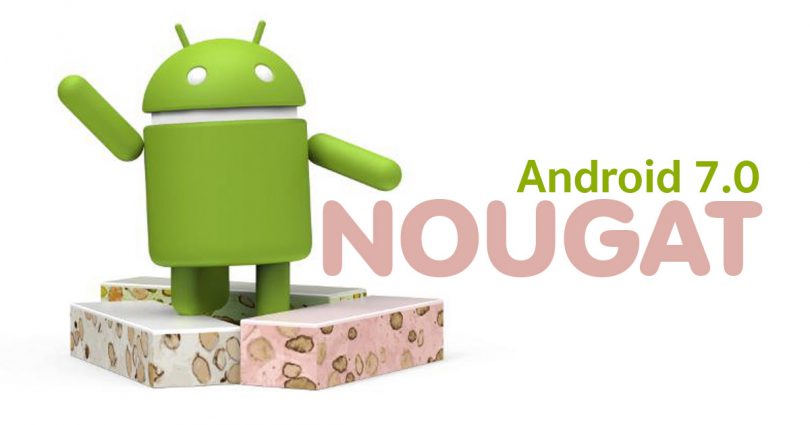 Update: Android 7 Nougat is officially out now – Google has officially begun rolling out the latest software upgrade to those with Nexus devices. Check out below to find out when your phone will be getting the Android N upgrade. If you have a recent Sony phone, scroll down for some good news.

Android Nougat is Google’s latest update of its phone and tablet operating system – an OS that’s been so thoroughly refined that the company is now more than halfway through the alphabet with names, at letter 14 of 26.

The shocker is that Google didn’t wait to announce Android Nougat at Google IO 2016. The reason behind this was to give developers several months to tinker with the update, according to the company. Hopefully that means app developers are much more prepared now Android 7 is rolling out.

Cut to the chase

Check out our video walkthrough of the Android Nougat Beta

It’s rolling out now and you’ll get the new software in the “coming weeks”, according to Google. If you have a phone or tablet from another manufacturer the wait is likely to take some time.

Manufacturers and carriers have to rework their own version of the software and push it out to users – and that can take months.

What phones will get Android N?

We can hear you out there screaming, “when is Android N update coming to my phone?!” If you’ve got a recent flagship phone, you should be in luck. Most phone and tablet makers try and push the software to devices that are less than two years old, but it may be quite a wait.

Each manufacturer can take time to tweak the updates. Take Android Marshmallow for example, some phones still don’t have the update. If you want the latest software, it’s best to get a Nexus device, as the newest version of Android will always be pushed to that first.

Google and Sony surprised us when it announced that the Sony Xperia Z3 would received the developer edition of the Nougat software, but oddly, the phone won’t be getting the full Nougat upgrade. However, many of its other phones will, including the Xperia Z3+, Xperia Z4 Tablet, Xperia Z5, Xperia Z5 Compact, Xperia Z5 Premium, Xperia X, Xperia XA, Xperia XA Ultra and Xperia X Performance. Phew. No specific time frame has been announced, but stay tuned.

HTC has confirmed it will be bringing Android Nougat to the HTC 10, One A9 and One M9 – although there’s no time table yet.

Motorola has also confirmed the Moto G4 Plus will get Android 7 software in the future. The strange thing is, Motorola also confirmed the phone will be updated to Android O when it comes around as well. That’s software Google hasn’t even announced yet and there’s no guarantee Android 8 will be named after the letter O.

Meanwhile Samsung will work hard to get Nougat on the Galaxy Note 7 within the next two to three months – so we have our fingers crossed the update will come to the Galaxy S7 and Galaxy S7 Edge soon as well.

Even the little known Nextbit Robin is confirmed to be getting the Android Nougat update. Stay tuned, as we’re going to continue prodding each manufacturer for information until they fess up to their complete Android N plans.

We’ve tested out a bunch of existing Android Nougat features below, but there’s one exciting new tool that isn’t part of the update: Google Daydream.

A buried menu for VR helper services in the Android N Developer Preview 4, and an equally buried release note for “Android VR” in Unreal Engine 4.12 beta hints at a big push for a Google Cardboard successor – and Google confirmed its VR intentions during IO.

The Play Store, StreetView, Photos, YouTube and Play Movies will all support VR, allowing you to jump into games, locations and videos – all via Google’s Daydream VR platform. Daydream is due to be released in the fall and isn’t in the Android N update yet.

True multitasking support is finally arriving as expected, and Split Screen is deservedly the highlight of Android Nougat on phones and tablets. You’re going to be able to open up two apps at once on your Nexus phone or tablet.

It’s a popular feature Samsung and LG phones have incorporated into their Android skins years ago, so it’s nice (and about time) Google is including the same functionality in its own software. It’s easy to launch too – just long press on the recent (multi-tasking) button in the nav bar.

Multi-window support could increase enterprise interest in Android tablets and the Pixel C. It’s a bet that Apple recently made when it launched a similar split-screen and picture-in-picture feature for iOS 9.

Meanwhile Android TV gets picture-in-picture mode, allowing you to continue watching your show in a smaller screen while performing another task.

There’s also a Clear All button at the top of the multi-tasking menu on your phone to make it simple to close all your apps. Then there’s a new feature called Quick Switch, which lets you jump back to the previous application with a double tap of the recent (multi-tasking) button in the navigation bar.

You won’t have to navigate away from your current window (or, now, windows) just to answer an incoming message. You can just reply within the notification that appears at the top of the screen.

It worked well enough for the iPhone and iPad when the same idea made its debut with iOS 8 under the name Quick Reply. But Apple’s approach to messages worked strictly with its iMessage app.

Google is opening up Direct Reply Notifications beyond Hangouts, and that could mean popular apps like WhatsApp could take advantage of this convenient inline messaging feature.

Google is adding a new quick settings menu to the notifications shade you pull down from the top. It’s a lot like the one Samsung, LG and every other Android manufacturer seems to use.

Sure, Google stock Android software has had switches for Wi-Fi, Bluetooth, Airplane mode and so forth, but it required pulling the notifications bar down a second time to reveal the quick settings menu.

Now the quick settings toggles are here as soon as you gesture downward once to see notifications. The best news is that all of the buttons small and unobstructive. It leaves room for notifications to flourish.

Longtime Nexus users will also be happy to hear that the quick settings switches can be sorted to your liking, much like they can on other Android phones. You won’t need the System UI Tuner to meddle.

For example, I often use MiFi more than Airplane Mode, so Mobile Hotspot icon get promoted to be one of the five icons along the top of the initial quick settings on my Nexus 6P.

That little airplane icon is still there for my takeoff and landings needs, but it got the bump to the second swipe menu. Sorting is finally up to you, which is really what Android is all about.

Google’s not done with the way Android N changes notifications. It also announced that notification cards will be grouped together if they’re from the same app.

All messages from a specific messaging app, for example, are bundled together in the notification shade. These grouped alerts can then be expanded into individual notifications using a two-finger gesture or tapping the all-new expansion button.

This is basically the opposite of what Apple did in the jump from iOS 8 to iOS 9, switching from grouping them by app to lining them up chronologically. We’ll see which method works best this autumn.

There’s more control over your notifications in Android Nougat too, as now you can long press on a notification to either silence future notifications, or turn them off completely.

One of the (literal) sleeper hits of Android Marshmallow has been Doze Mode, Google’s crafty way of saving battery life whenever your device is stationary. It’s amounts to a deep standby mode.

Android Nougat is going to step up the company’s energy-saving software techniques by expanding Doze Mode so that it thoroughly limits background tasks whenever the screen is turned off.

That’s ideal for throwing a phone in your pocket or your tablet in a backpack, and then retrieving it the next day or next week without having to recharge it right away. Your “I can’t even” face when you pick up your dead Nexus phone the next morning will be a thing of the past.

Google says Android Nougat will provide its biggest leap forward in graphics with the introduction of Vulkan, giving game developers much-needed control of the GPU.

That in turn will result in even better graphics and smoother, faster performance.

If you’ve downloaded apps from other sources that aren’t the Google Play Store, you’ll now be able to identify where the app came from by going into your Settings, App Info and then Package Installer.

There’s also been a number of Android runtime improvements, including optimizations to the JIT compiler which has seen task speeds increase between 30%-600% compared to the previous version.

Updates are also more seamless, with security updates automatically downloaded and a simple fresh boot up of your device will see you run the latest offering. It’s also got rid of that annoying “Android is updating” pop up when you restart after an update.

Morocco With its Sahara On Google Map

We use cookies on our website to give you the most relevant experience by remembering your preferences and repeat visits. By clicking “Accept All”, you consent to the use of ALL the cookies. However, you may visit "Cookie Settings" to provide a controlled consent.
Paramètres des cookiesAccept all
Manage consent

This website uses cookies to improve your experience while you navigate through the website. Out of these, the cookies that are categorized as necessary are stored on your browser as they are essential for the working of basic functionalities of the website. We also use third-party cookies that help us analyze and understand how you use this website. These cookies will be stored in your browser only with your consent. You also have the option to opt-out of these cookies. But opting out of some of these cookies may affect your browsing experience.
SAVE & ACCEPT
34.0191917 -4.9786198